To date, I have had a hand in writing three songs in the SCA. Two of them are silly. Two have corresponding illumination. One is based on a period poem and requires context. None of them get performed often, in part because I don’t attend many bardic circles, and within those circles, reading the tone of the circle to know what is best to present for the continued enjoyment of the participants/listeners is a challenge in regard to these songs.

So I’m presenting them here, if only so I keep a record of them in one spot.

The first was in answer to the Bard, Scribe, Illuminator challenge at the 2012 Northshield Bardic Madness. The theme was to do with animal puns, so Mistress Orlaith Ballach Inghean Fhlain, Larkin of Schattentor, and I wrote a filk of The Teddy Bear’s Picnic about the Great Bears of Northshield. I apologize for the lighting – this was in the last Fyte, which was the Feast Fyte, and I’d feel bad about doing a new recording without Larkin.

The second song is All Griffins Are Girls – A Heraldic Primer, which I wrote with Baroness Katerinka Lvovicha in either 2013 or 2014. She tells a story about helping someone at a Heraldic Consult table with fish heraldry, and to make a fish not look dead and hanging to dry, the attitude needs to be naiant. And, being Northshielders, we latched onto the conceit that Griffins are Girls. The words are here!

You might want to turn the sound up a bit on this one, or you can watch the video of us trying to remember the words and do the motions on the fly at a Bardic Madness post-revel.

That same year, for that same event, I answered a challenge for pieces based on period texts, etc. I chose Yehuda Halevi’s My Heart is in the East. (And I’ll eventually put my hands on the illumination again and upload the image.) I don’t have a recording from the event, but I do have something I recorded with my phone. This is the sad one. This is the one that requires context.

Yehuda Halevi was born c. 1075-1086 in Al-Andalus. He was a physician and philosopher and considered one of the greatest Hebrew poets. Halevi wrote The Kuzari, a pillar of Jewish philosophy, and was part of the “golden age” of Hispano-Jewish culture and life in Granada during the 11th century. He died in 1142, shortly after arriving in Israel. He lived during the entire First Crusade, and much of his poetry is marked by his longing to go to Israel. His text is below – I used several different translations to guide my own adaptation of his verse, in English, to music.

Having been likely written at some point either during or after the First Crusade, Halevi’s poem carries a lot of emotional weight. What struck me was the intense, mournful longing, which I tried to bring into the music. Given the continued turmoil in the region, I opt not to sing this song unless asked, so that I can provide the proper context. And since I don’t go to many bardic circles due to having small children, I don’t get asked often at all. And honestly? That’s okay. It’s an emotional song for me, as much as it was good practice in taking existing words and figuring out a tune for them. It doesn’t need to be on any bardic circle “greatest hits” list.

A while ago, Northshield Scribes had a Facebook discussion on what should be in the kingdom’s Scribal Handbook. One of the comments asked for instructions on how to decipher blazons in order to include a recipient’s heraldry on scrolls.  To answer this, I came up with the Quick Draw Challenge.  I’m all about having fun while learning, so the Quick Draw Challenge is a 24 hour “race” to decipher a blazon, draw the emblazon (the picture), and send it back to me – because the best way to get comfortable with blazonry is to practice.

The challenge goes out twice a week – on Tuesdays and Thursdays – the Northshield Scribe’s list. I send out a blazon, and everyone has 24 hours to send me their entry. I’ve gotten emblazons scribbled on post-it notes, done up in MS Paint or Word (with the colors labeled). The unofficial motto of the challenge is “It doesn’t have to be pretty – it just has to be right!” The first person with a correct entry gets a button, but everyone who gets the emblazon correct get in a drawing for a copy of Masterpieces of Illumination, by Walther and Wolf. Everyone who enters, whether correct or not, gets entered into a drawing for a satchel of scribal supplies. And if someone gets three buttons, they can exchange them for a paternoster.

END_OF_DOCUMENT_TOKEN_TO_BE_REPLACED 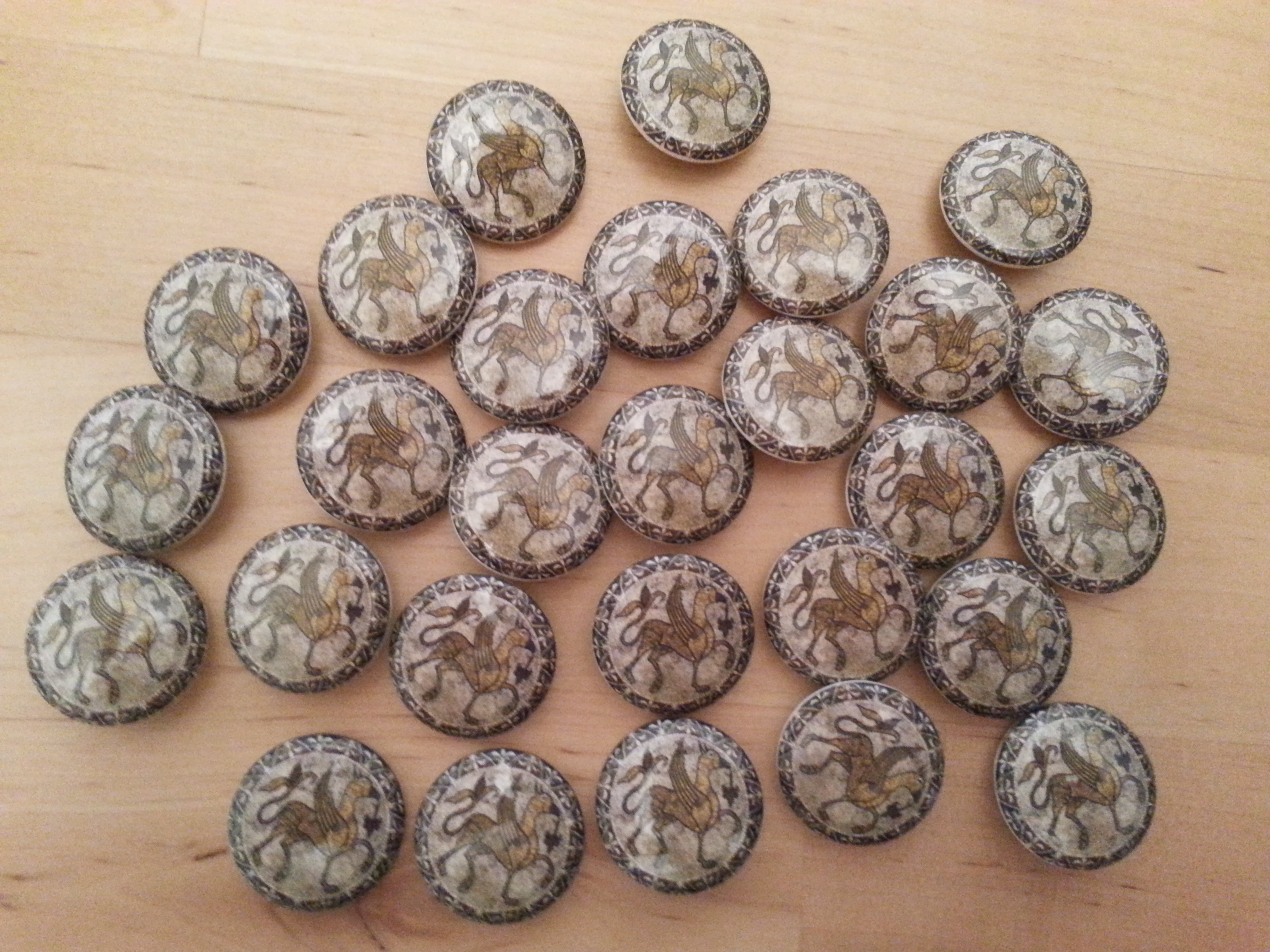